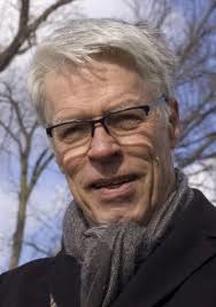 Over the last two centuries the world has been turned upside down in a literal geological sense as the energy stored beneath the earth’s surface in coal was dug out, carried to the surface, burned to release its energy in steam-engines, and the CO2 which resulted as a by-product elevated into the atmosphere, thus contributing to global warming and the sixth extinction.  This geological inversion originated as a vast enclosure of the commons in every continent.  It was driven by two terrifying and dynamic political entities joined in a “special relationship,” namely the U.S.A. (1788) and the U.K. (1801) which intensified the topsy-turvy world by means, respectively, of the slave plantation and the Satanic mills.  Ideologies of privatization, machine-ism, and racism, combined themselves in the myth of “progress” when only misery and catastrophe resulted.  Those war-making political entities with their economic structures and ideological superstructures have become historically obsolete.

Bio:  Peter Linebaugh is a child of empire, schooled in London, Cattaraugus (N.Y.), Washington D.C., Bonn, and Karachi.  He was educated at the Quaker Swarthmore College during the civil rights days, by the Cold Warriors of Columbia University, and by the radicals and peaceniks at the University of Warwick (U.K.). He was a student of well-known oral historian, E. P. Thompson.  He has taught at Harvard University and Attica Penitentiary, at New York University and the Federal Penitentiary in Marion, Illinois.  He used to edit Zerowork and was a member of the Midnight Notes Collective.  He co-authored Albion’s Fatal Tree, and is the author of many important books including The London Hanged, The Many Headed Hydra (with Marcus Rediker), the Magna Carta Manifesto, and Stop, Thief!  He retired from the University of Toledo, and his swan song, or swan honk, can be found on CounterPunch (16 May 2014).  Hot off the PM Press is his Incomplete, True, Authentic, and Wonderful History of May Day which includes Ypsilanti Vampire May Day, first published in 2012 and dedicated to the students of southeastern Michigan and northwestern Ohio. 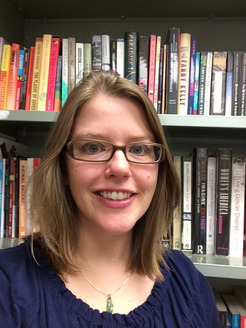 Dr. Ashley Glassburn Falzetti , Eastern Michigan University
Heteropatriarchy Through Land Dispossession: a Miami Feminist Perspective.
Friday, March 18th, 1:00pm
203 Porter, EMU
​
What is the critical Indigenous critique of Indigenous Feminism? What does land have to do with sexualized, gendered, and raced norms of the United States?  Dr. Falzetti will show how land dispossession treaties reshaped Miami relations to place and kinship between 1816 and 1846.  These treaties forced the Miami to radically  reimagine their relationship to land, place, and each other.  This presentation will explore how these cultural shifts impacted gendered labor and kinships relations, which highlights the role of land in the establishment of U.S. heteropatriarchal policies among Native Americans.
​
Bio: Dr. Falzetti's research and teaching explores the ways that power structures are sustained through social change, how resistance is co-opted, and what we can do despite all of this.  She is currently working on two book projects.  The first is titled "Algonquian Grammars of Revitalization," which proposes using shared Algonquian Grammar structures to develop decolonial feminist approaches to indigenous language revitalization.  Dr. Falzetti is a member of the Miami Nation of Indians of Indiana, where she helps run the language revitalization program.  The second book is tentatively titled "How to Write Settler History: Lessons from Myaamianki," which considers how history making practices re-inscribe settler belonging and obfuscate anti-indigenous violence.  She received her Phd in Women's and Gender Studies from Rutgers University.
​ 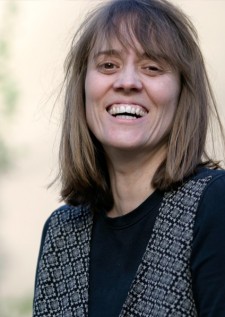 Mary Poole will speak about her many years of collaboration on land rights and justice in Maasailand, Kenya. Maasai are an Indigenous pastoral East African community that lost land both under British Colonization and Independent Kenya. With her colleague Meitemei Olol Dapash, Mary co-created a field studies program for U.S. University students to reconstruct the history of this land loss for use in community driven legal suits. She will talk about the land justice movement that has grown out of the most recent suit, for the return of 30,000 acres of ancestral Maasailand.  As an Indigenous community, Maasai value land outside of its use as a speculative commodity; the fight for land justice is also a fight for ecological justice and is waged on behalf of the land itself and the wildlife it supports. Mary's talk will present what she and Meitamei have learned from the cross-cultural community of academic activists that has gathered around this work about how to use scholarship to support radical social justice, to shift resources and share power with marginal communities, and the pedagogical models that they have developed to educate about this work.

Bio:  Mary is the Chair of Global Studies at Prescott College, Arizona, teaching in the areas of U.S. history, gender studies, race relations in the U.S., history of East Africa, global development studies, indigenous research methods and Maasai history. She helped to create and teaches in the college's Masters Program in Social Justice and Human Rights, and the PhD program in Sustainability Education, as well as undergraduate programs. Mary has worked in public policy, serving on the staff of the Washington State Senate Ways and Means Committee designing fiscal policy for social service programs. She has also served as the Executive Director of Early Options in New York City, a reproductive rights organization. She has been involved with community development work in Africa beginning as a teenager in the late 1970s. Mary co-designed, with Meitamei Olol Dapash the Prescott College Maasailand field studies program in 2004  with the vision of sharing the resources and power of higher education with the Maasai community, and exposing American university students to the perspectives of Maasai people about issues of global concern. She is on the Board of Directors of the Maasai Education, Research, and Conservation Institute in both the U.S. and Kenya, and co-author of various papers on Maasai land rights. Mary earned a PhD from Rutgers University in U.S. History in 2000, and a B.A. from the Evergreen State College in Education and Political Economy in 1988. She is the author of The Segregated Origins of Social Security: African Americans and the Welfare State (Chapel Hill: UNC Press, 2006) Two books currently in production and co-written with Meitamei Olol Dapash include:  London is Burning: The Life of a Maasai Activist, and Decolonizing Knowledge: Research and Power in Maasailand.
Roundtable Discussion:  Reclaiming the Commons in Detroit
Saturday, March 19th, 3:45pm
Porter 203
The conference will wrap up with a public  discussion addressing the expropriation of common resources in Detroit--from water and food, to housing and education--and local activists' struggles to reclaim equal access.  Participants include: 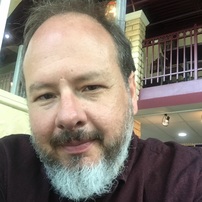 Tom Pedroni, Wayne State University, Detroit Data and Democracy Project
Tom is an Associate Professor of Curriculum Studies and Policy Sociology and Director of the Detroit Data and Democracy Project. He teaches courses in critical education studies, curriculum studies, critical youth studies, and critical theory.  A central concern in his teaching and research is the promotion of schools as sites in which youth develop the analytical skills and leadership qualities to identify and act upon problems that impact the community and region. 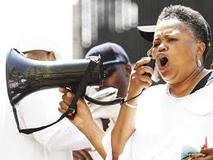 Monica Lewis Patrick, We the People of Detroit​​

Monica Lewis Patrick, M.A.L.S.  is a mother, educator, entrepreneur, and humanist/ activist.  She is a co-founder of We the People of Detroit and serves as Director of Community Outreach & Engagement; a member of Detroiters- Resisting Emergency Management (D-REM); and a coalition member of the People’s Water Board.  She is actively engaged in almost every struggle on behalf of Detroit  residents. As a former Legislative Policy Analyst for Detroit City Council, under the mentorship of former City Councilwoman the Honorable JoAnn Watson, Monica has authored legislation, conducted research and delivered constituency services to thousands of city residents.  She has been featured on several radio and television programs; such as, “Wake Up Detroit”, “Roland Martin Show – TV One”, MSNBC News and the like.  She has also been featured in several newspapers and magazines; such as, EBONY magazine, JET magazine, The Hindustan Times, the Michigan Citizen, Voice of Detroit, Truth-out and Mother Jones.
​
She has organized numerous rallies, hosting notables such as Dr. Angela Davis, Dr. Cornel West, Tavis Smiley, Dr. Ron Daniels, Dr. Claude Anderson and was the lead organizer of the largest rally in Detroit against the Emergency Manager Law(P.A. 4), chaired by the Honorable John Conyers and the Honorable JoAnn Watson. Monica is a grassroots leader who stands firm in voice and deed when it comes to maintaining and protecting the quality of life, advocating for equity and integrity for all Detroiters.
Monica is a Ron McNair Scholar, recipient of the Alpha Kappa Alpha-Women of Excellence Award, the Spirit of Detroit Award, Change Agent Consortium- “Real Lady Award-2014” and most recently her organization was honored by the National Lawyers Guild & Michigan Chapter for their work on connecting the Detroit Water Shut Offs to the national and international water crisis.  She is currently one of the leaders at the forefront of the water rights struggle in Detroit. She most recently presented before the United Nations Secretary- General’s Advisory Board on Water and Sanitation-DESA in New York City, along with several other national and international leaders on the global water crisis.  For more information or to contact Monica Lewis-Patrick, you can visit www.wethepeopleofdetroit.com; TWITTER: @wethepeopledet 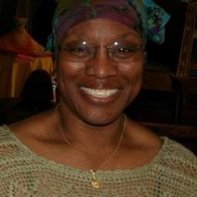 Hanifa Adjuman, Detroit Black Community Food Security Network
Hanifa Adjuman is presently the education and outreach director for the Detroit Black Community Food Security Network (DBCFSN).  She has been a community activist all of her adult life.  As a former classroom teacher, Hanifa understands the importance of children being able to see themselves as framers and active participants in their education.  Her favorite Ghanaian proverb is “When a yam does not grow well, do not blame the yam; it is because of the soil.”  One of her central responsibilities as education and outreach director is the coordination of DBCFSN’s two youth projects—Food Warriors and Food N’Flava.  In the Food Warriors Youth Development Program Hanifa teaches urban gardening and health and nutrition education to young people 5-12 years old.  Youth ages 14 to 16 in the Food N’ Flava program are also introduced to urban agriculture; in addition to learning how to grow food, youth learn how to create value added products from what they have grown. In both Food Warriors and Food N’ Flava the principles of food justice and food security are an integral component of the programming. The youth learn that wholesome, healthy and nutritious food is not an entitlement for a privileged few, but a human right for everyone.  Hanifa’s work with young people has reignited her passion for agriculture.  It has allowed her to re-vision for a new generation a cultural legacy that for many African Americans is viewed as a painful reminder of the degradation and dehumanization of chattel slavery and sharecropping.  She teaches her charges how to use agriculture as one means to address issues of food insecurity within their community; they are also taught that agriculture is sacred and noble work and that it can be used as a tool for self-determination.
​ 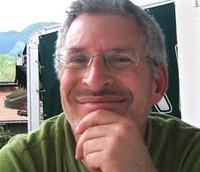 Andrew Herscher, The Spatial Democracy Project
​Andrew Herscher co-organized the Detroit Unreal Estate Agency, an open-access platform for the study of urban crisis using Detroit as a focal point, and the Spatial Democracy Project, which performs militant research in support of organizations resisting racial injustice in Detroit. Among his publications are the books Violence Taking Place: The Architecture of the Kosovo Conflict, published by Stanford University Press in 2010, The Unreal Estate Guide to Detroit, published by the University of Michigan Press in 2012, and the forthcoming Displacements: Architecture and Exile. He currently teaches at the University of Michigan. 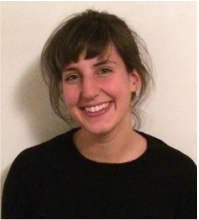