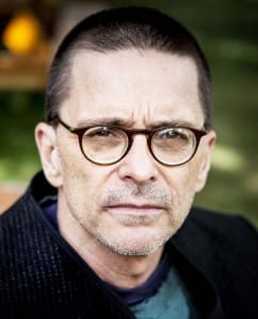 ​Robert Jensen is a professor in the School of Journalism at the University of Texas at Austin and a board member of the Third Coast Activist Resource Center. Jensen joined the UT faculty in 1992 after completing his Ph.D. in media ethics and law in the School of Journalism and Mass Communication at the University of Minnesota. Prior to his academic career, he worked as a professional journalist for a decade. At UT, Jensen teaches undergraduate and graduate courses in media law, ethics, and politics.
In his writing and teaching, Jensen draws on a variety of critical approaches to media and power. Much of his work has focused on pornography and the radical feminist critique of sexuality and men’s violence, and he also has addressed questions of race through a critique of white privilege and institutionalized racism.Jensen writes for popular media, both alternative and mainstream. His opinion and analytic pieces on such subjects as foreign policy, politics, economics, and ecology have appeared in newspapers, magazines, and web sites all over the world. He contributes to local organizing in Austin, TX, through his work with the Third Coast Activist Resource Center, which offers educational resources and organizes community events about U.S. policy around the world.
Jensen’s latest book is The End of Patriarchy: Radical Feminism for Men with Spinifex Press. An earlier book,  Plain Radical: Living, Loving, and Learning to Leave the Planet Gracefully (Counterpoint/Soft Skull, 2015) is a “polemical memoir” drawing on Jensen’s long friendship with Jim Koplin, described in this essay.  Jensen is also the author of several other books includeing:  Arguing for Our Lives: A User’s Guide to Constructive Dialogue (City Lights, 2013); We Are All Apocalyptic Now: On the Responsibilities of Teaching, Preaching, Reporting, Writing, and Speaking Out (MonkeyWrench Books/CreateSpace, 2013); All My Bones Shake: Seeking a Progressive Path to the Prophetic Voice, (Soft Skull Press, 2009); Getting Off: Pornography and the End of Masculinity (South End Press, 2007); The Heart of Whiteness: Confronting Race, Racism and White Privilege (City Lights, 2005); Citizens of the Empire: The Struggle to Claim Our Humanity (City Lights, 2004); and Writing Dissent: Taking Radical Ideas from the Margins to the Mainstream (Peter Lang, 2002).
​Dr. Jensen will also offer a pre-conference seminar, open to all, on Thursday, March 16, 2:30-4:30 in Porter 217.  See Pre-Conference Events for more information. 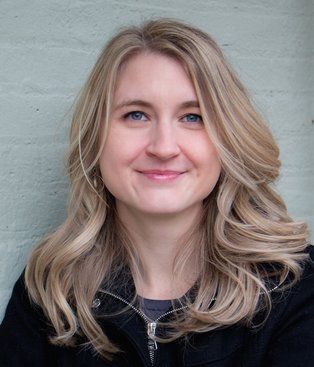 Dr. Kimberly L. Barrett, Eastern Michigan University
Criminological Perspectives on Environmental Destruction: The Status and Significance of Green Criminology
​Saturday March 18, 2017
1:00 pm
​203 Porter, Eastern Michigan University
​
Kimberly L. Barrett is an Assistant Professor of Criminology in the Sociology, Anthropology, and Criminology Department at Eastern Michigan University.  In 2006, she graduated from SUNY Fredonia with a B.S. in Social Work.  She went on to earn her M.A. in Criminal Justice at the University of Massachusetts Lowell, and in 2013, completed her Ph.D. in Criminology at the University of South Florida. Throughout her education, Barrett worked closely with children and families in varied capacities, exploring issues of health, inequality, education, and justice.  Barrett’s interest in environmental crime and justice grew in graduate school, while working under the mentorship of Dr. Michael J. Lynch, a pioneer in the criminological assessment of environmental issues, and founder of green criminology.  Barrett has collaborated with Lynch, as well as Dr.’s Paul B. Stretesky and Michael A. Long on a host of projects examining various facets of the environment, crime, and justice.  This includes an examination of punishment for environmental offenses (in Deviant Behavior), and the inclusion of environmental harms in the conceptualization of school violence (in Critical Criminology).  Barrett is also co-author on the forthcoming textbook, “Green Criminology: Crime, Justice, & the Environment,” (with Lynch, Long, & Stretesky, from the University of California Press), and a collaborator on “Is it a crime to produce ecological disorganization? Why green criminology and political economy matter in the analysis of global ecological harms,” (in the British Journal of Criminology & Honorable Mention for the American Sociological Association’s Environment and Technology section’s 2015 Allan Schnaiberg Outstanding Publication Award).  Barrett’s research examining environmental consequences of state-corporate crime has been published in the Journal of Crime and Justice, and also archived at the Steel Plant Museum of Western New York.   Today, Barrett teaches graduate and undergraduate courses on crime, justice, environment, green criminology, and quantitative data analysis in social science research. In addition to environmental issues, Barrett’s research interests also include corporate crime and radical criminology.  Professor Barrett is an active member of the International Green Criminology Working Group, which recently organized www.greencriminology.org as a resource for those interested in learning more about green criminology.
Plenary Panel: Struggles Against Campus Racism
Friday, March 17th
4:30-6:00 pm
203 Porter
​Panelists: Dr. Crystal Coles, Eastern Michigan University
Rasheed Atwater, Eastern Michigan University
and Student Activists from Eastern Michigan University 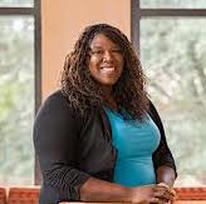 ​Dr. Crystal Coles, Phd, LSCSW, is a faculty member in the School of Social Work at Eastern Michigan University.  Her scholarship interest and practice experiences lie in the public child welfare arena, with an emphasis on trauma-informed social work practice, overall systemic functioning and systemic contribution to childhood trauma of ethnic minority children in care. She is committed to addressing the needs of society through her work and its emphasis on social justice, systematic inequalities, policy development and assisting social change within the foster care system for children and families. 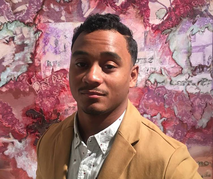 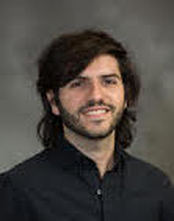 Alejo Stark is an abolitionist activist and organizer. Between 2008 and 2013 he was an undocumented student organizer with the migrant justice movement fighting against deportations in South Florida and Rhode Island. More recently he was involved with the BLM-inspired group here in Washtenaw county — the Ann Arbor Alliance for Black Lives. He is currently a co-producer of Rustbelt Abolition Radio and the spokesperson for Michigan Abolition and Prisoner Solidarity (MAPS). He lives off of a graduate student fellowship as an Astronomy and Astrophysics PhD student at the University of Michigan where he also coordinates the marxisms collective. 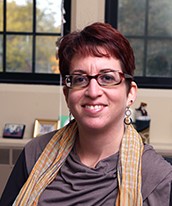 Liat Ben-Moshe is an Assistant Professor of Disability Studies at the University of Toledo. Dr. Ben-Moshe is the co-editor (with Allison Carey and Chris Chapman) of Disability Incarcerated: Imprisonment and Disability in the United States and Canada (Palgrave McMillan 2014). She has written on such topics as deinstitutionalization and incarceration; disability, anti-capitalism and anarchism; queerness and disability; inclusive pedagogy; disability in Israel/Palestine and representations of disability. https://utoledo.academia.edu/LiatBenMoshe 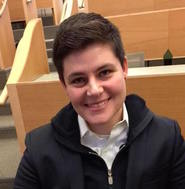 Natalie Holbrook is the director of the American Friends Service Committee's Michigan Criminal Justice program. She is a prisoner rights, anti-prison and social change activist. For the last 14 years, she has advocated for and with people held in Michigan's prisons around issues related to their conditions of confinement including access to adequate health care and mental health care, solitary confinement, parole preparation and parole/commutation related issues. She has a Master's degree in Education from Eastern Michigan University. She lives and loves in Ypsilanti and Chicago.
Powered by