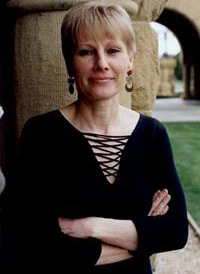 Ursula K. Heise is Professor of English at UCLA and faculty member of UCLA’s Institute of the Environment and Sustainability (IoES). She is a 2011 Guggenheim Fellow and was President of the Association for the Study of Literature and the Environment (ASLE) in 2011. Her research and teaching focus on contemporary environmental culture, literature and art in the Americas, Western Europe and Japan; theories of globalization; literature and science; and the digital humanities. Her books include Chronoschisms: Time, Narrative, and Postmodernism (Cambridge University Press, 1997), Sense of Place and Sense of Planet: The Environmental Imagination of the Global (Oxford University Press, 2008), Nach der Natur: Das Artensterben und die moderne Kultur [After Nature: Species Extinction and Modern Culture] (Suhrkamp, 2010), and Imagining Extinction: The Cultural Meanings of Endangered Species (University of Chicago Press, 2016). 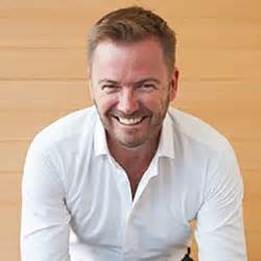 Rob Nixon is the Currie C. and Thomas A. Barron Family Professor in the Humanities and the Environment at Princeton University. He is affiliated with the Princeton Environmental Institute’s initiative in the environmental humanities. Before joining Princeton in 2015, Nixon held the Rachel Carson Professorship in English at the University of Wisconsin-Madison, where he was active in the Center for Culture, History and Environment. He is the author of four books: London Calling: V.S. Naipaul, Postcolonial Mandarin (Oxford); Homelands, Harlem and Hollywood: South African Culture and the World Beyond (Routledge); Dreambirds: The Natural History of a Fantasy (Picador); and Slow Violence and the Environmentalism of the Poor (Harvard), which was selected by Choice as an outstanding book of 2011. 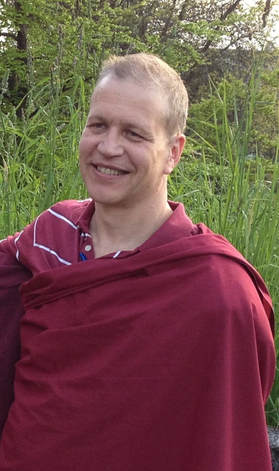 Derek Rasmussen is a is a scholar, activist and Buddhist meditation teacher from Simon Fraser University, Canada. He has 20 years of experience as policy advisor to the Inuit in Nunavut, Canada.  His research focuses on social, environmental, and legal issues.  Derek has taught meditation in Nunavut, Canada, Europe and New Zealand for over 20 years. He is a resident teacher at the Morin Heights Dharma House in Quebec. He mixes meditation with activism, ecology, art, and humor.  Derek was a co-founder and civil disobedience trainer with the Alliance for NonViolent Action (ANVA), and helped to establish the first East Timor solidarity group in Canada.This featured session will review Buddhist meditations that can help educators and activists cultivate deep experiences of interconnectedness, joy and affection for animals, people, and the natural environment; some of these practices are drawn from the English translation of Thich Nhat Hanh's 23 page letter of advice to young activists in Vietnam in 1975 (The Miracle of Being Awake: A Manual on Meditation for the use of young activists).   Included is the 'non-reactive awareness of mind' practice that is the core of of Buddhist Satipatthana meditation, as well as the 7 Factors ('limbs') of Awakening and the 4 Immeasurables. The session will engage the audience participants in guided meditations. Derek's writings are archived at academia.edu.
Ubuntu and the Building of Holistic Communities for a Peaceful and Just Planet
Dr. Charles Simmons,
Saturday Afternoon, March 10th
1:15 pm
202 Porter, EMU 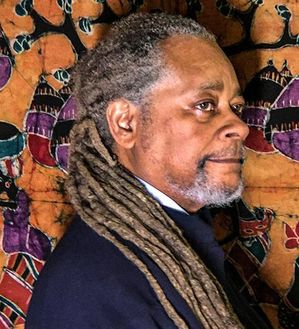 Dr. Charles E. Simmons is Founder and Co-Director with Reverend Sandra Simmons of The Hush House Black Community Museum and Leadership Training Institute for Human Rights.  Charles is Professor Emeritus of Journalism and Law at Eastern Michigan University and is an Adjunct Professor in the Masters Program in Social Justice at Marygrove College in Detroit. His commitment to service as a Human Rights Change Agent spans over 50 years.  Charles’s media experience ranges from assignments as Broadcast Writer for the Associated Press in New York City to Visiting Professor at the St. Petersburg Times in Florida and Contributor to U.S.A. Today and The Detroit News. His journalism spans the field of U.S. foreign policy from the Cuban Revolution and Paris Peace Talks on Vietnam to covering stories on the Anti-Apartheid/Liberation Movements in Africa and the long struggle for peace in the Middle East. As a journalist based at the United Nations, in New York City, Professor Simmons was appointed by the Honorable Elijah Muhammad as the United Nations/International Correspondent for “Muhammad Speaks” Newspaper, organized by Minister Malcolm X. His education and media focus has been on the environment, building a People’s Detroit, urban and national affairs, intellectual property, and the globalization of justice.
Plenary Panel:
Freedom Schools: Interrupting Slow Violence through Community-Based Education
Saturday Afternoon, March 10th
4:00-5:30 pm
202 Porter, EMU
Organizers from three community-based educational programs in southeast Michigan will lead a discussion about how to build compassionate communities in response to “slow violence” occurring locally and globally.  Panelists will discuss how their organizations provide relevant and critical education to children and families outside of the formal school system.  All three organizations share a dedication to nurturing community strength and self-determination through positive educational experiences.  In addition to the work accomplished in Detroit and Ypsilanti, panelists have volunteered in Belize, Ghana, Senegal, and more locations across the globe.
Panelists:

Rachelle Marshall, (Chair) is a doctoral student in EMU’s Educational Studies Ph.D. program.  Her research focuses on EcoJustice Education and Critical Media Studies.  Rachelle previously covered school board and municipal meetings as a freelance newspaper reporter for the Ypsilanti Courier.  She also interned at Schoolcraft College where she helped advise the Schoolcraft Connection student newspaper and other student organizations.  Rachelle currently works as a secretary at EMU and volunteers with the Hush House community museum and cultural center in Detroit.

Michael Doan is a community-based activist in Detroit where he has lived for five years. He works with Detroiters Resisting Emergency Management (D-REM), is a founding member of the Detroit Independent Freedom Schools Movement (DIFS), and a board member of the James and Grace Lee Boggs Center to Nurture Community Leadership. He is also an Assistant Professor of Philosophy at Eastern Michigan University.

Rasheed Atwater is a King-Chavez-Parks fellow and graduate student in the social foundations of education Master's program and African American studies graduate certificate program. As a native of Saginaw MI,  he seeks to practice his education within programs of social uplift. For the past 5 years he's used his research in history, Africology, and education to develop programs at Parkridge Community Center where he is now the recreation and programming aide. His most recent freedom School efforts consisted in co-founding and hosting the mosaic project, a nine-week summer initiative with community stake holders that worked with Ypsilanti youth on the programs' five pillars of community development: activism, agriculture and ecojustice,  arts and expression,  mental and moral health,  and economics. ​

Garfield Linton was born in Jamaica and immigrated to Detroit in 1985, where he got his first job washing pots and pans at the University of Michigan, Dearborn, while attending Henry Ford Community College. He left for US Army in 1988, serving two years in Hawaii and one-and-a-half years in Korea, then came back to Henry Ford in 1991 and transferred to Eastern Michigan University in 1992. Garfield received an MA in Creative Writing in 1997, then took a course in Unix/C programming at Mary College and has been doing IT ever since.
Powered by