Thursday afternoon, March 27th
1:00pm-3:00pm
International Forum on EcoJustice Education and Activism: This was a great opportunity to network with faculty and students from Finland, Canada, Tajikistan, Great Britain, and the US.  We'll be organizing this again in 2015.

Keynote Addresses
﻿
The EcoJustice and Activism Conference is pleased to feature four Keynotes by prominent educators, activists and scholars. This year we are honored to host ﻿ 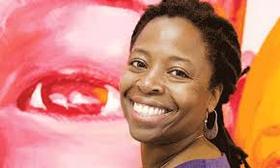 ﻿Julia Putnam, Principal of Boggs Community School in Detroit, MI.
Loving Them Up: Building a Community-Based School in Detroit
Thursday Evening, March 2﻿7, 7:00pm
202 Porter, EMU
Bio:
Julia Putnam lives in Detroit after being born and raised there.  Her path to community activist work began in 1992 when she was the first young person to sign up for Detroit Summer, a youth program to rebuild, redefine, and respirit Detroit from the ground up.  Detroit Summer was founded by James and Grace Lee Boggs.  Julia is now the principal of the James and Grace Lee Boggs School, a community-based public charter school that opened in September 2013.  Its mission is to nurture creative, critical thinkers who contribute to the well-being of the community and Julia's mission is to do the best she can in all her many roles, including mom of Henry and Lucie, wife of Peter, daughter to Patricia, sibling to Eric, Angela, and Matt and friend to as many humans and non-humans that she can fit into her busy, lovely life﻿ 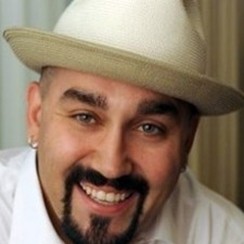 Daniel "Hush" Carlisle, Founder of the Detroit Dog Rescue
Caring for the Dogs of Detroit: A Conversation with Hush Carlisle
Friday, March 28, 1:00pm-2:30pm
203 Porter, EMU
Bio:
Rapper, producer, actor, and Detroit Music Award winner 2009, 2010, Hush's music credits include “xXx2: State of the Union”, “Need for Speed: Most Wanted” & “The Contender.” Born and raised in Detroit, Hush became an activist in the community dedicated to a better Detroit. Approached by Monica Martino in 2010 to be a part of her Discovery series “A Dog’s Life”, he began to follow stray dogs in the city. Determined to help these animals even after the show was shut down, he founded Detroit Dog Rescue to bring awareness of the plight of the forgotten, homeless, and stray dogs of Detroit. 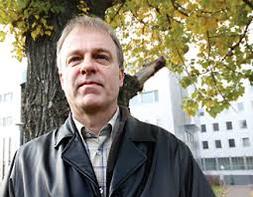 ﻿Dr. Veli-Matti Värri, Philosopher of Education, University of Tampere, Finland
Rethinking the Human-Non-Human Relation in Education:  Reading Merleau-Ponty’s Ontology of "Flesh"
Saturday, March 29, 1:00pm-2:30pm
Porter 203
Bio:
Veli-Matti Värri is a philosopher of education focusing on teacher education, ethics of education and philosophy of dialogue.  In his current project Värri´s main interest is to re-conceptualize the ontological, socio-cultural and ethical reference points for constituting moral identity in the ecological sphere of late-modern education. Maurice Merleau-Ponty´s late ontology of flesh will be utilized as one of the main sources in Värri’s re-interpretation of human/non-human relation and its implications for education.﻿ 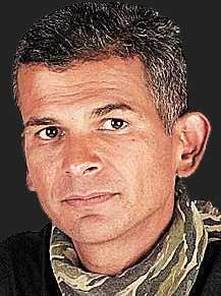 ﻿Rod Coronado, Animal Activist, Center for Biodiversity
Who Will Speak for Wolf: A Discussion of Post 9/11 Activism, Spirituality and the Defense of the Wild
Saturday, March 29, 5:10-6:30
Porter 203
Bio:
Rod Coronado is an indigenous environmentalist who is best known for his direct action activism against illegal whalers, fur farmers and animal researchers in the 1980's and 90's. Coronado is now returning to the lecture circuit addressing the challenges many activists face as they continue to organize against environmental destruction in an era of anti-terror legislation, FBI infiltration, and government spying. Coronado is currently helping to build a citizen-led campaign to stop the hunting and trapping of wolves in his home state of Michigan, where they were hunted this year for the first time since their recovery from near-extinction.﻿